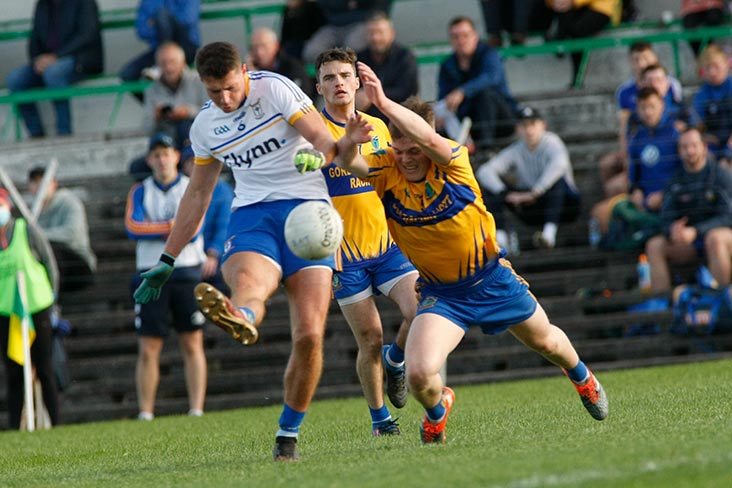 Four points either side of half-time gave Ratoath the space to keep dogged Summerhill at bay over the rest of the game to earn a semi-final date with Wolfe Tones. .

Summerhill got to within a point of Ratoath either side of the second water break. The ‘Hill can look to scoring chances wasted, particularly in the first-half.

Points from play courtesy of Daithi McGowan and Joey Wallace moved Brian Farrell’s side three clear as the game moved into the first of six minutes of stoppage time.

The allowance was justified as there were a couple of stoppages due to injury, notably from a collision in the 34th minute between Ratoath’s Conor McGill and Summerhill’s Diarmuid McCabe.

Both were replaced, with an arm injury forcing the Ratoath full-back to depart while McCabe soldiered on until the 47th minute.

Just before the incident David Dalton had pointed from an acute angle at to leave Summerhill trailing 0-7 to 0-9. That score broke a that four-point Ratoath sequence.

With the second water break beckoning, a sweeping Ratoath move towards the town goal ended with Bryan McMahon pointing to make it 0-11 to 0-9.

Summerhill got the gap down to the minimum for the final time in the 50th minute when Eoghan Frayne pointed after a Ratoath attack was derailed.

Ratoath resisted late Summerhill surges and wrapped up the scoring through Daithi McGowan’s 40-metre free in the sixth minute of added time..

Wind-assisted Summerhill were first to show with points from Eoghan Frayne and Conor Lyons (free). Daithi McGowan was prominent as Ratoath regained parity by the sixth minute. The former landed a free before Joey Wallace levelled.

The sides were tied six times in the opening 21 minutes before the champions finished the half with pointed frees from Bryan McMahon and Jack Flynn. The latter was struck into the wind from about 40 metres.

Ratoath led by 0-8 to 0-6 at half-time. Despite Summerhill’s best efforts they couldn’t erase that deficit.